Changing Campaign Finance
Prosecutors in San Juan County and the cities of Seattle, Auburn, and Kent responded quickly to require a campaign to repeal a gas tax to disclose the identity of contributors and the amount of their contributions.

When it was discovered that the promoters of the campaign included two prominent talk show hosts from KVI radio, we requested the same disclosure from them as any other person or business that chooses to get involved in a political campaign, and we went to court to demand it promptly, before election was over. 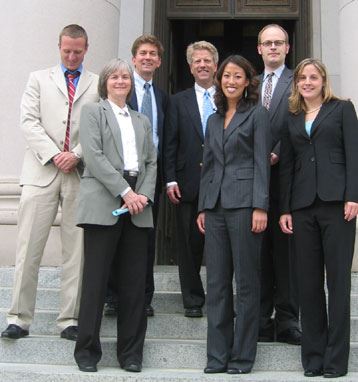 The Thurston County superior court judge agreed with the prosecutors, but before the case could be wrapped up, the no New Gas Tax Campaign claimed violation of the First Amendment speech rights. The case is pending before the court of appeals.
Live Media
Parks, Recreation, & Fair
County Portal
Property Search
Employment
Conservation & Natural Resources
Government Websites by CivicPlus®
[]