Create an Account - Increase your productivity, customize your experience, and engage in information you care about.

Movie Magic
The Park Board called on the Prosecuting Attorney when it was asked about the use of the County Park for the filming of the feature movie Practical Magic by Warner Bros.

The controversy focused on the Park Board's need for money to pay for basic capital improvements such as bathrooms and water systems and the policy regarding future use of the parks for commercial ventures. 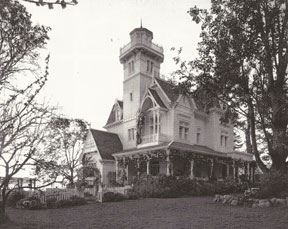 This office guided the Park Board through the process and defended it against appeals. As a result, the Park Board received more than $80,000 from Warner Bros. - and an estimated $2.5 million was spent locally.

The photo is the house that was built as part of the set at County Park; at the end of shooting, the house was dismantled and removed in about a day and a half, and the park returned to its previous condition.
Live Media
Parks, Recreation, & Fair
County Portal
Property Search
Employment
Conservation & Natural Resources
Government Websites by CivicPlus®
[]